You are here: Home / Archives for Manchester City Women 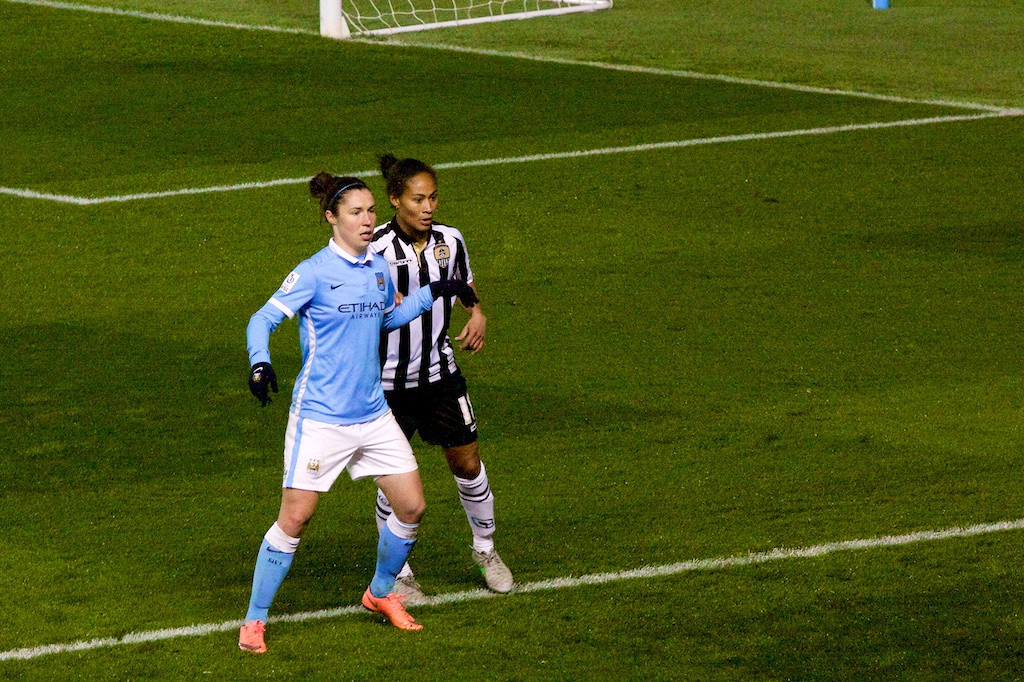 MANCHESTER CITY WOMEN 1, NOTTS COUNTY LADIES 0 Captain Steph Houghton stepped up with a piledriver of a free kick to finally beat Megan Walsh in the last minute of stoppage time in Manchester City Women’s first game of the Super League season. City were the superior team for much of this game but seemed […] 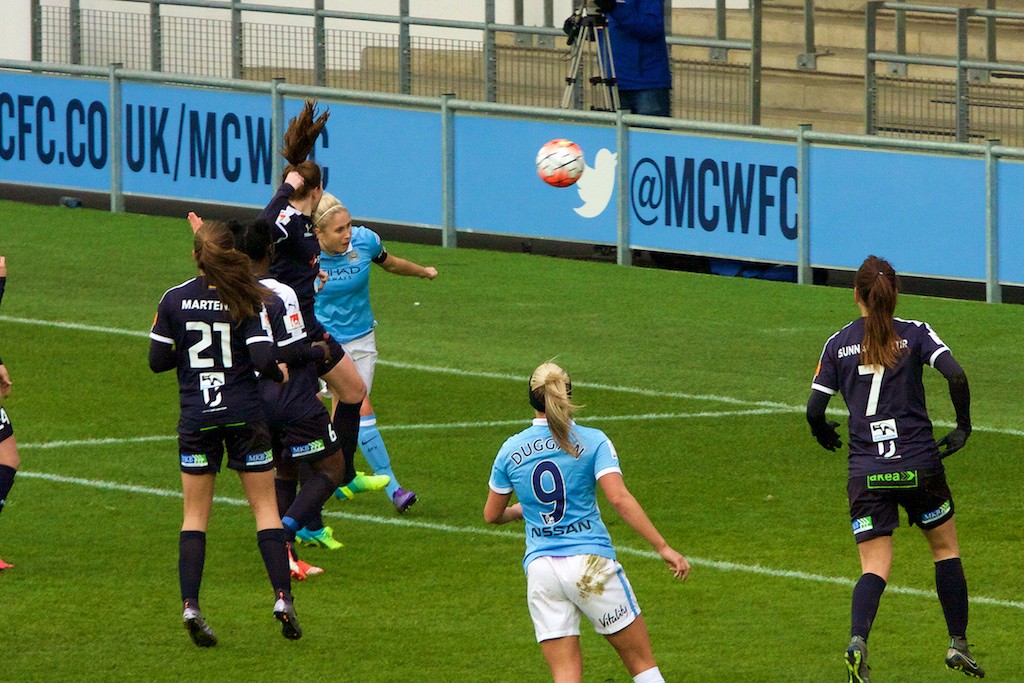 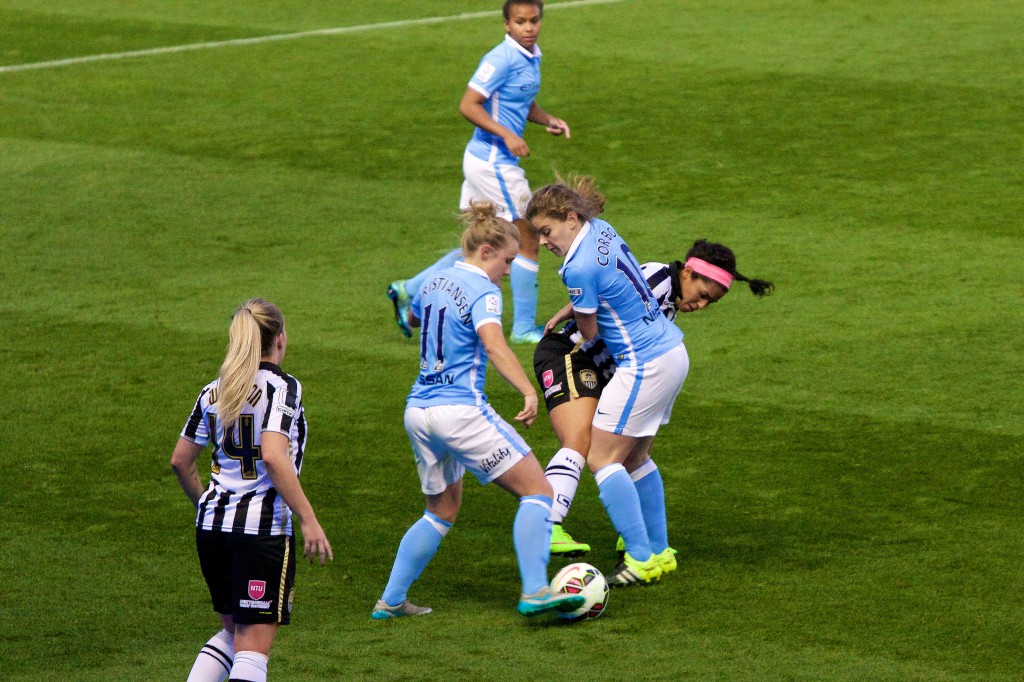 MAN CITY WOMEN 2, NOTTS COUNTY LADIES 1 Manchester City Women defeated Notts County Ladies, but could not wrestle a first-ever Women’s Super League title from Chelsea who completed the coveted double having earlier won the FA Cup. City needed to win on the last day of the season and for Chelsea to slip up against Sunderland to claim […]

For the first time in 20 years, the FIFA football gaming franchise has included women footballers. Fans picked up limited edition copies of the game, the 23rd in the long running series, at a special launch event at the Etihad Stadium’s City Store which was attended by five of City’s women players including captain Steph […]